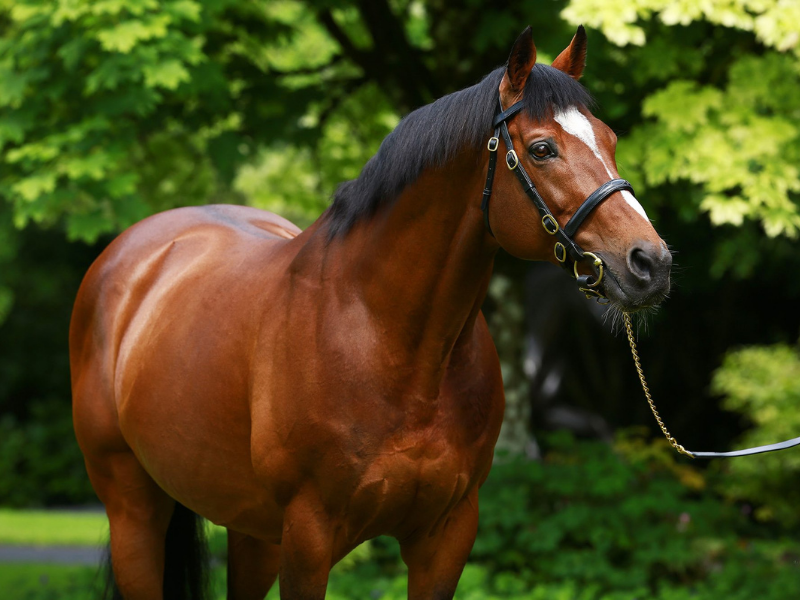 The effect he is having on the breed through his sons and daughters will be a lasting legacy and his phenomenal success really is unprecedented.

“It is a very sad day,” said John Magnier, “but we all feel incredibly fortunate to have had Galileo here at Coolmore. I would like to thank the dedicated people who looked after him so well all along the way. He was always a very special horse to us and he was the first Derby winner we had in Ballydoyle in the post M V O’Brien era. I would also like to thank Aidan and his team for the brilliant job they did with him. The effect he is having on the breed through his sons and daughters will be a lasting legacy and his phenomenal success really is unprecedented.”

Following Galileo’s strikingly impressive Epsom Derby success the front-page headline in the Racing Post was the single word ‘PERFECTION.’ It could not have been more apt.

Bred in the purple by Sadler’s Wells out of ‘Arc’ heroine Urban Sea and unbeaten in his first six starts, Galileo proved an immediate success at stud siring Irish 1,000 Guineas winner Nightime from his first crop. Appropriately he became the most successful Group 1 sire of all time when his daughter Peaceful won the same race in June of last year.