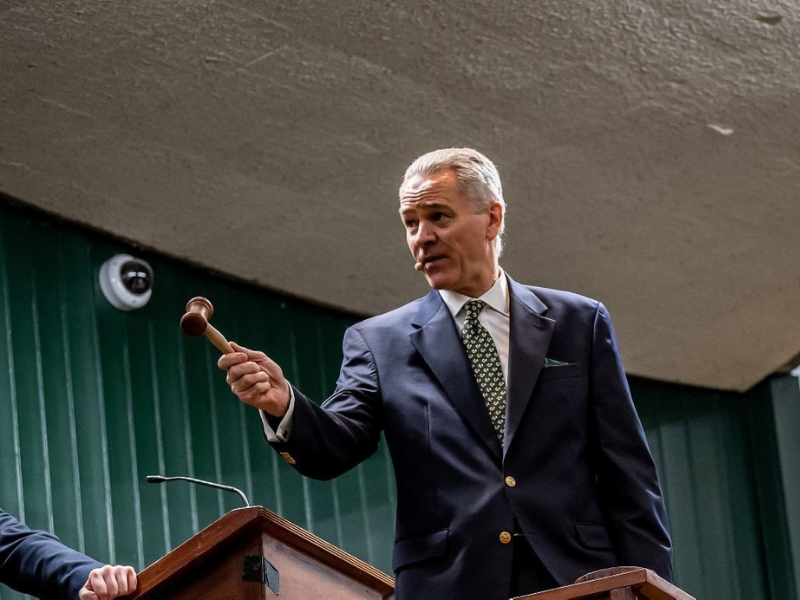 Our fervent hope and belief is that we will back in Kildare Paddocks for Orby 22 as the Irish National Yearling Sale belongs in Ireland.

The Goffs Orby Sale will be held at Tattersalls’ Park Paddocks, Newmarket earlier than originally scheduled, on Friday 24, Saturday 25 and Sunday 26 September.

The move follows agreement between Goffs and Tattersalls, and comes after the UK buyers ‘bubble’ was withdrawn on the eve of the Tattersalls Ireland Derby Sale last week. The sale format will comprise two evening sessions after racing at Newmarket on Friday 24 and Saturday 25 followed by a day of selling on Sunday 26 September. The result is that the sale will be held in conjunction with the famous Cambridgeshire meeting which features the Group 1 Juddmonte Cheveley Park and Middle Park Stakes.

“Last week’s events mean that there is currently no confidence in our ability to hold the prestigious Orby Sale in Ireland whilst the current travel restrictions into Ireland remain in place. The overseas buyers ‘bubble’ that worked so well for the Goffs Land Rover Sale was being replicated at the Derby Sale but was inexplicably withdrawn at the eleventh hour and there is simply no way that vendors, or Goffs, can take the risk that the same thing could happen on the eve of the Orby Sale as there is too much at stake.

“In 2020 we took a later decision to move Orby to our UK sales complex in Doncaster but it is well known that the results were disappointing to say the least and potential Orby vendors have made it clear that is not an option that would be embraced. Therefore we feel it is in the best interests of Irish vendors selling in Orby to clearly state that the sale will be held in Newmarket in conjunction with some top class racing, as we cannot confidently deliver overseas buyers to Kildare making it impossible for us to properly promote our world class catalogue to an international audience.

“In many ways this is a disappointing move to have to make but we feel we have been left with no choice by recent events as yearling vendors need certainty given the value of the yearlings we are asking them to commit to Orby. Our fervent hope and belief is that we will back in Kildare Paddocks for Orby 22 as the Irish National Yearling Sale belongs in Ireland.

“At this point I would like to thank Edmond Mahony and his Tattersalls’ colleagues for giving us the option to essentially rent Park Paddocks and accommodate what is a competitor sale. The last 18 months have required all of us to work together in ways we could never have imagined and, whilst there has been plenty of mutually beneficial cooperation and give and take, this is a step further than anything else. We do not underestimate the magnitude of this generous gesture”.

The Goffs Orby Sale will catalogue the only candidates for the Goffs Million worth a guaranteed minimum value of €1 million, so making it Europe’s Richest Two-Year-Old race when it is run over seven furlongs on the eve of the 2022 sale at The Curragh. The sale will also be heavily promoted by Goffs’ new agents, Jacob West in USA, Mark Richards in UK and Amanda Zetterholm in France alongside the existing Goffs Purchaser Attraction team and international agents.

The Goffs Sportsman’s Sale which traditionally follows on from the Orby Sale will be held in Ireland on 1 and 2 November in conjunction with the Goffs Autumn Yearling and HIT Sale.  Beeby added:

“Several key Irish breeders and potential Sportsman’s vendors have urged us to keep the Sportsman’s Sale in Ireland regardless of the travel restrictions that may be in place. So, with the Orby Sale going to Newmarket, Sportsman’s will be delayed to the later date and held alongside the vibrant Autumn Sale. This move builds in extra time for travel to open up and gives Irish breeders a viable option in Ireland for commercial yearlings”.

The Sportsman’s Sale will catalogue the only candidates for the Sportsman’s 100 worth a guaranteed minimum value of €100,000 when it is run over six furlongs at Naas in September 2022.